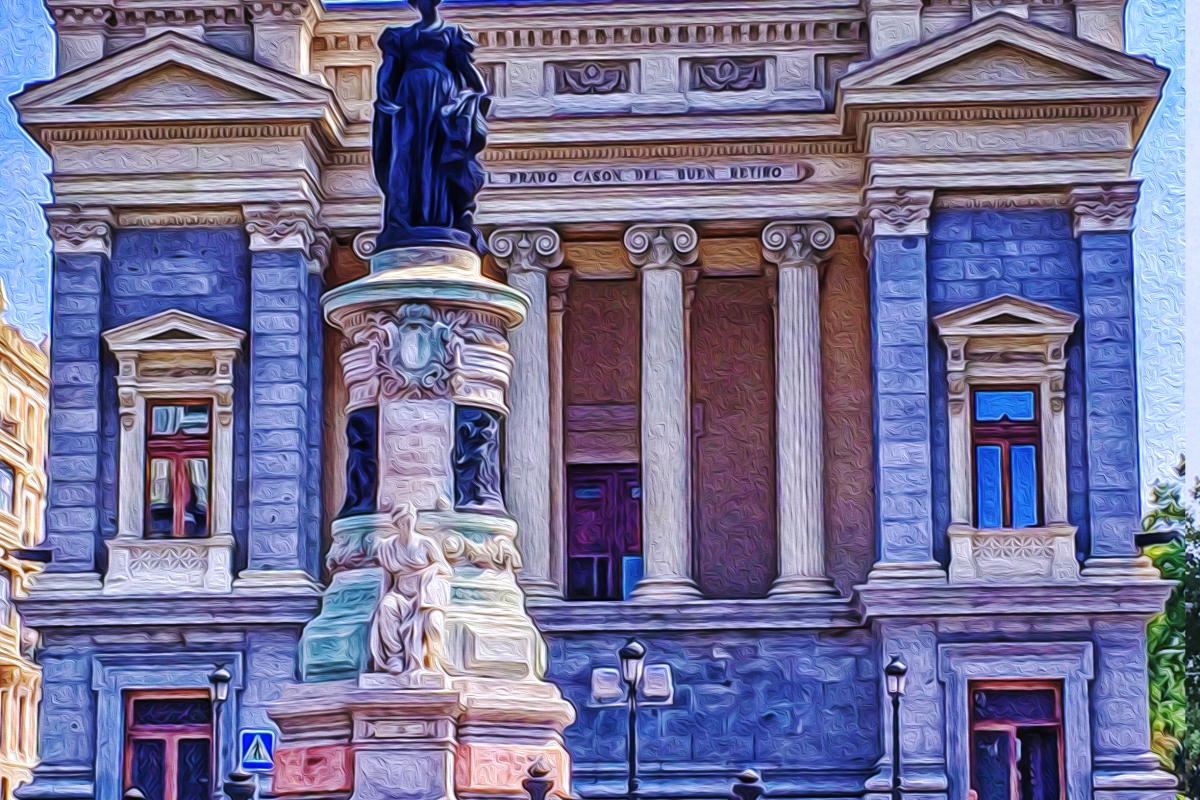 After a long flight, I’m finally settled into my hotel in the historic city center of Madrid and ready to explore. But, I need to workout. One of the perks of being a runner is that I can get out to sightsee and workout at the same time. There is a large park – Parque del Buen Retiro – not far from the hotel that looks like a great place to run. Let’s put on our running shoes, grab the camera, and hit the streets. I’ll grab a map from the hotel to help out with the sights of note.

First up on the run is Museo del Prado. It is considered among the premier art museums in the world. Housed within its walls is one of the world’s greatest collections of European art and, in particular, Spanish art.

A statue of Diego Velázquez is featured at the front of the museum. Velázquez was one of the preeminent painters in Spain’s golden age and served as the leading artist in the court King Philip IV. Cool. What next?

We are working our way up Del Prado avenue towards Parque del Retiro – a 350 acre park on the edge of historic Madrid. Oh, what is this?

I wasn’t exactly expecting to see sculptures of ancient Roman gods in Madrid but I like it. The white marble sculpture featuring Neptune – Roman god of the sea – was completed in 1786. Seems this is also the location where fans of Atletico de Madrid come together to celebrate soccer victories. Nice.

Alright, time to get to the park and get a sweat going. Hard to get the heart rate up with so many architectural distractions around. What is that building? It’s a hotel but not like any hotel I’m used to seeing.

The Palace Hotel was commissioned King Alfonso XIII and opened in 1912. The Palace was only the second hotel to have a bathroom in each of its guest rooms which was no small feat considering there were 800 rooms. When opened, it became the largest hotel in Europe. Many distinguished guests have stayed here and the hotel has served as host to meetings of international importance. Well, that’s interesting. Time to run a little.

We are making good progress and almost at the park entrance. This building looks important. El Prado Cason Buen Retiro. Let’s see, this building is currently an annex to Museum del Prado. Actually, it has a much more significant history that adds some historical context to where we are standing and the park we are about to run through.

This is one of two buildings that remain from what was once the secondary residence and place of recreation for King Philip IV. The palace was completed in 1640 (wow, it is old) and was a complex of twenty buildings. Today only two of the twenty buildings remain. Much of the palace was destroyed in 1808 when occupied by French troops during the Peninsular War between Spain and France (1807-1814). Ah, Napoleon was here…bummer. Seems the alliance Spain made with France to attack Portugal backfired. Oh well, bygones.

Hmmm, that reminds me. We just passed a monument a few minutes ago but didn’t stop. Let’s go back and check it. Maybe there is a connection to be made. There it is – Monumento Dos de Mayo. I know Cinco de Mayo is Mexico’s Independence Day from Spain, but never heard of Dos de Mayo.

On May 2, 1808, the citizens of Madrid rose up against the occupying French troops. The rebellion was crushed but sparked other revolts across Spain and demonstrated the will of the Spaniards to be free from French occupation and oppression. Makes sense that this monument would be so close to what remains of the palace. Alright, to the park!

Yes, what an Impressive park entrance. These statues were formerly on the grounds of the Royal Palace and were relocated here for the people to enjoy. I am definitely enjoying them. Thank you.

Now this pond and monument is impressive. Love how you can get a boat and paddle on the lake or sit on those stairs and enjoy the view. We need to get over and check it out.

This is fantastic! Let’s keep moving.

What is this? Palacio de Cristal del Retiro was built in 1887 in honor of the Philippines which was then a Spanish colony. It initially served as a conservatory but is now used for art exhibits. I see some folks on the stairs enjoying the view. This park definitely has some cool places to hangout.

We have a nice sweat going now and could use a breather. These ruins must have significance. Let’s take a closer look and catch our breath.

Ruins of San Isidoro are the remains of a Romanesque church from the 11th century. There’s not a whole lot left but it really gives you pause to realize these stones were put together by people over 1000 years ago.

This park is a great place to run. It is incredible that Madrid has protected 350 acres for people to have such a natural oasis so close to city center.

Seems there are statues everywhere. These monuments (pictured below) have Africa and Cuba inscribed on them. Spain’s history of exploration and conquest may be unmatched in world history. From 1492 to early 1800’s, Spain claimed most of the New World minus Brazil and the English colonies in North America. Think about all of the Spanish speaking nations in the western hemisphere that still remain…it all flowed from Spain.

Deeper into the run we come across this lovely rose garden.

The statue above depicts the fall of Lucifer from Heaven. It was erected in 1922. Not sure why it is here in a rose garden. Maybe it reflects the duality of our existence – the beauty of the rose and pain of the thorn?

Even the park gate offer a well-adorned passage. Looks like our exit.

This was just a run in the park. I can’t wait to see what awaits in the actual city of Madrid and hope you will join me for more. Oh wow, look over there…definitely need to come back and see what that is about.

Next up in Madrid, I visit Calle Grand Via which is a street filled with significant architectural points of interest and shopping. It is one of Madrid’s main avenues. Madrid, Spain – Calle Gran Via 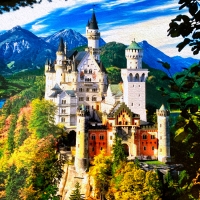 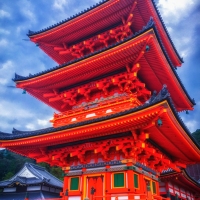 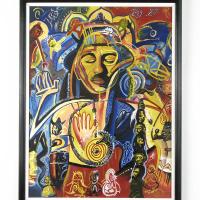