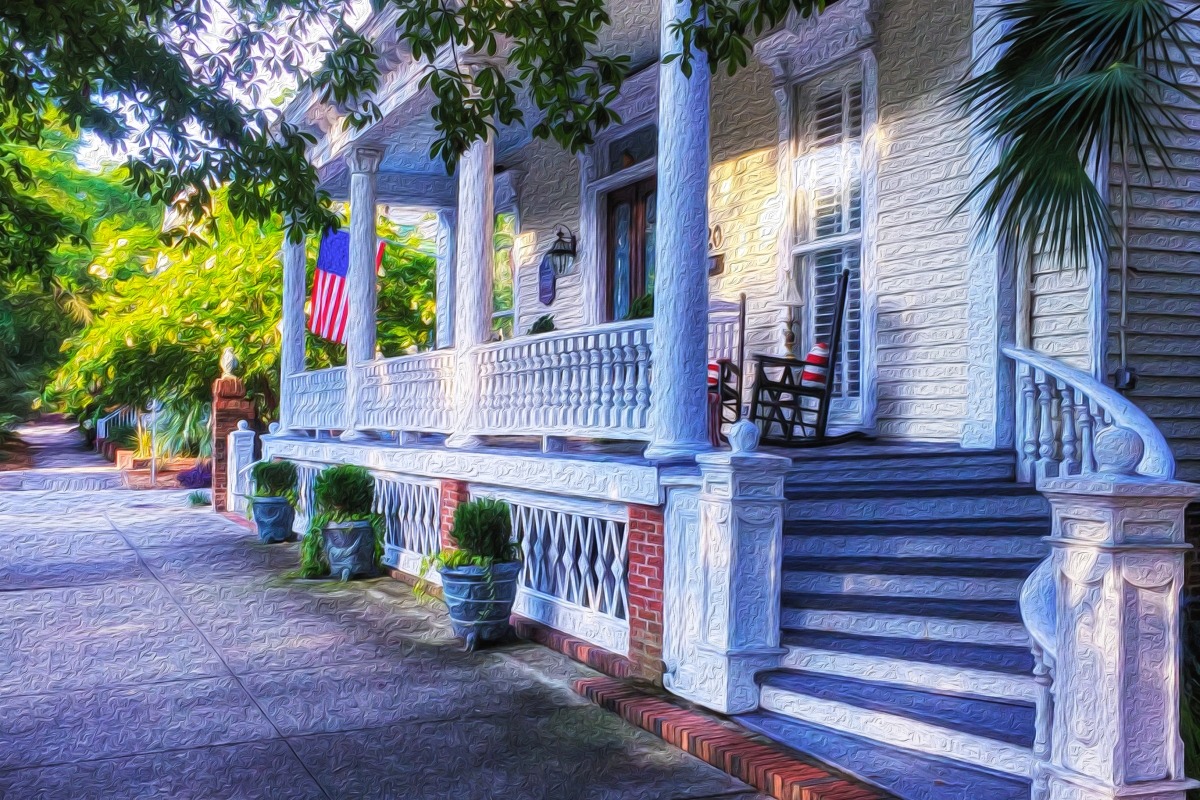 Looking for a charming city to visit in the southern United States? Wilmington North Carolina offers historic architecture, history, art and science museums, a growing food and microbrewery scene, and a developed river walk district. It is a short drive to Wrightsville Beach or ferry ride to Bald Head Island. Both of these destinations offer a full day or more of activities as well.

Wilmington was established in 1739 as a port city on the North Carolina coast. Many of the country’s largest cotton exporters called Wilmington home and helped fuel the city’s growth. From 1840 to 1910, it was the largest city in the state.

Wilmington features three antebellum homes that are open to the public for tours.

Beyond the home tours, you can take guided or self-guided tours through several of Wilmington’s historic districts. Below are photos of several antebellum homes I passed while exploring Wilmington. The bed & breakfast scene is alive and well in historic Wilmington and provides a unique way to experience the city.

The Wilmington Riverwalk was named the Best Riverfront in America by USA Today in 2015. Built along the Cape Fear River in downtown Wilmington, the one-mile stretch is filled with restaurants, shopping, historic buildings, and points of embarkment for river cruises. It is also generously lined with seating to enjoy gorgeous views of the river and the USS Wilmington (a WW II battleship) which is now a museum.

The Wilmington Railroad Museum is dedicated to preserving the history of the Atlantic Coast Line railway. It offers a Thomas the Train feature for children and also houses a model train display holding the Guinness World Record for Longest Model Train.

A few government building and churches that will be sure to catch your eyes while strolling through Wilmington, North Carolina.

Bald Head Island is a 20-minute ferry ride from Wilmington and features “Old Baldy” – a 200 year-old lighthouse and oldest in North Carolina. You are able to walk inside the lighthouse and climb 108 stairs to the top for a breathtaking panoramic view of the island and inland and coastal waters. The island is also a car-free island with a focus on nature.

Carolina Beach is about 15 miles from Wilmington and a little more peaceful than nearby Wrightsville Beach. You can find my Carolina Beach gallery here.